DDM Construction Corporation > About Us

WHO IS DDM CONSTRUCTION

DDM Construction was built from the ground up by a hard-working Texas family who has been operating, growing and succeeding for more than 23 years. We have become a top-tier heavy civil and development construction firm, capable of producing superior materials.

We take pride in always being able to meet customer needs and producing safe, quality projects. We are able to continually meet critical deadlines because of our dedication to our integrity and our willingness to take to get the job done. Our committed work ethic to get the job done right, on time, on budget, and as safely as possible, is instilled in our company’s fabric and is embodied in every aspect of how we conduct business. From our field crews to our management staff, our team mentality is built around a loyal and genuine care for one another, and our clients can always expect to receive that kind of respect and collaboration. Our principals and core values are exemplified by our leadership and expected from our team members, that is why we succeed.

As we work to improve our capabilities and prepare for the future, working to incorporate innovating technology that our industry can take advantage of will always remain a priority. By pushing innovation, we can find ways to construct smarter, make our systems more efficient, and build collaborative teams that can do more.

At DDM Construction we’ve been building with integrity and proudly serving our customers since 1995. We’re hard-working Texans committed to providing safe products of superior quality, born of constant innovation and collaboration.

WHAT WE CAN DO

We pride ourselves in providing turnkey commercial and heavy civil construction with the ability to produce own concrete, even in remote locations. We have our fleet of trucks at our disposal: concrete trucks, dump trucks, pneumatic trailers, mobile batch plants. This equipment bolsters our ability to serve any number of projects, from contracts nearby in the DFW Metroplex, to midstream operations.
We provide the materials, transportation services, and stay involved during the entire construction management process so that the job is done on time, under budget and as safely as possible.

Our dedication to building with integrity has been a founding principal since day one. It drives us to get the job done, no matter what, because that’s the promise we make to our customers and to our community. We know how critical dependability is, which is why we constantly operate with a fundamental need to do the job right, on time and on budget. We have staked our reputation on being able to follow through when we say we’re going to and as a result we built a loyal customer base that value our work.

We are a proud Texas company whose values are built upon a strong faith in God and a strong love for family. We put on our boots and show up every day, ready for new challenges, because we live to work for the things we care about most: being loyal to one another, taking care of our families and employees, improving our community and always building with integrity. Our values are naturally embodied in how we conduct ourselves, which is reflected by our professionalism, honesty, trust and accountability. Our respected reputation in the industry was built upon our ethical and moral values we practice daily, which has set the foundation for a high standard of excellence.

We believe it’s important to build a company culture that encourages collaboration in every aspect of how we conduct business. From the teams in the field to working with our clients, we incorporate unique ideas sourced from different backgrounds, experiences and skillsets. We value the strength derived from the inclusion of diverse individuals who support one another in completing the job at hand. That’s how our family works and that’s how we want our company to work. We believe this kind of mentality makes innovative approaches and solutions not only possible, but a reality.

When it comes to safety, we operate at a high level of discipline and diligence, not only because it’s what our clients demand, but it’s what our employees deserve. We are committed to providing a safe and productive environment for everyone, while maintaining an unwavering sense of protecting one another. We understand the imperative for the strict adherence to safety standards dictated by our various scopes of work and client expectations. We are constantly working to incorporate extensive training and a highly emphasized culture in our employees. Whether we’re developing land in North Texas or setting up infrastructure in Remote, USA, our commitment to safety is always a priority.

In everything we do, we pursue perfection in order to provide products of superior quality, while also providing superior services and an overall better project experience. Our clients choose us because they know our services will exceed their expectations, and because they value how well we operate, how fast we work and how well organized we are. We always act with integrity and show tremendous respect towards our clients, our employees, and our community. We’ve finished 100 percent of the projects that we’ve taken on, the products we deliver have received praise from all over, and our ability to produce them in any location is what sets us apart from our competitors. We take advantage of emerging technologies, innovative resources and out-of-the-box thinking in order to create a better product and experience for our customers.

We want to push what is possible, advancing our technological capabilities and optimizing our operating efficiency to create a better product, faster and more affordably. We are excited about developing innovative solutions and exploring their potential to impact the construction industry. We are finding new ways to streamline our processes, work with even greater accuracy, and coordinate larger projects. Our company culture was founded upon hard work and a determination to complete any project, and now innovation stands as a catalyst for further expansion into new markets and new heights.

David Markwardt was 23 years old when he left the rodeo. He needed a way to make a living so he started striping parking lots. One day, he saw a crew laying asphalt and realized that he could do that as well. He bought an old 1974, 5 yard dump truck with a 366 engine, a one ton roller and started doing patch jobs, and then purchased a seal coat machine. His first big break came one day when he was approached by a general contractor who asked David if he’d work for him. The general contractor was responsible for all of the maintenance for the United States Post Offices in the tristate area. David was able to hire a couple of guys and started earning a residual income from maintaining post offices, which set the foundation to build his company upon.

He capitalized on his success by expanding into site work and concrete, adding to his fleet he started buying bigger equipment and started doing earthwork. In 2003 DDM Construction Corporation became the landlord developers for several auto auction companies. From there he’s been able to improve the company’s in-house capabilities, such as crushing their own materials on site, purchasing their own haul trucks, concrete trucks and volumetric mixers. These improvements were spurred by a need for a reliable source of concrete and materials. DDM Materials was formed. With their own concrete trucks, they started building mass turnkey site work projects and roadways and were able to build up a customer base because of the quality of our service and credibility.
David’s family has been a big part of both the creation of DDM Construction Corporation and its growth. In 1995 DDM Construction Corporation came to fruition.

In recent years David’s three sons have come to work in the family business. Each of them has brought their own unique talents. Zack, vice president, is innovative both in the office and in the field. He is working to update and modernize the company, streamlining operations and making them more efficient. Jake is the mechanical operations manager, he’s able to fix or fabricate just about anything, even in the field. Luke, the youngest, is a project superintendent with a passion and gift for operations.

DDM Construction Corporation has a commitment to hard work and building with integrity. These were instilled into the company’s fabric with the desire to take care of their families, employees, customers and their community. 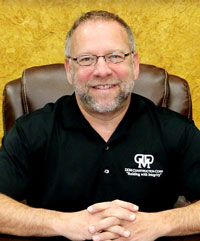 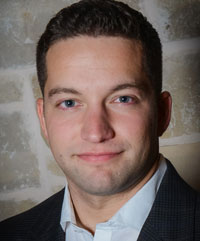